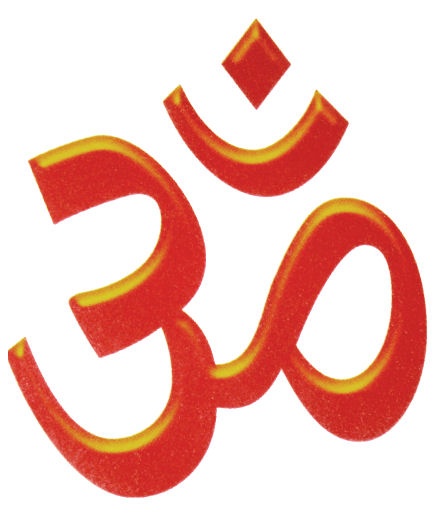 Om, Om or Aum is a mystical or sacred syllable in the dharmic religions.

It is placed at the beginning of most Hindu texts as a sacred exclamation at the beginning and end of a reading from the Vedas - or to any prayer or mantra - should be uttered. The mantra Om is often represented by a symbol that is not hot but Omkar order.

For the mantra is the basis of many other mantras:

The OM sound is built up from the following components.