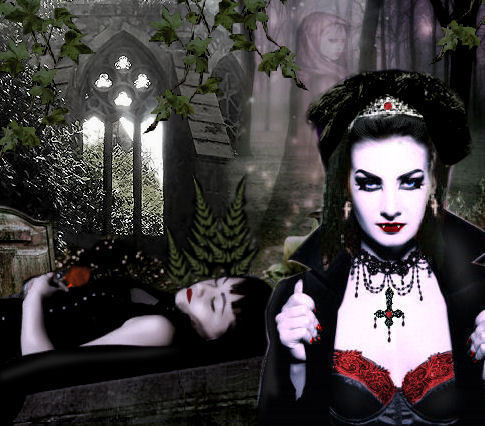 A vampire is a bloodsucking, mythical creature found in many folk tales, books and films.
They probably have their origins in the blood-sucking vampire bats.
According to the myths, they can also manifest as a bat.

The belief in vampires or similar blood-drinking creatures is very old. There are many different theories about how a vampire looks and behaves. In folktales vampires were often hideous monsters. A well-known theory was that it he or she is the restless soul of a heretic who leaves the grave at night to feed themselves (sometimes in the form of an animal) with the blood of people. The vampire is a creature that is in fact neither dead nor alive.

This originally Slavic (and Hungarian) idea was already was active in the 1700's. The modern image that people have of vampires emerged around the 19th century, when the western world became familiar with romantic ghost stories and Gothic novels became the new stereotype of the "aristocratic vampire, introduced in The Vampyre by John William Polidori.
Bram Stoker's Count Dracula, with his three creepy wives, immediately fired the imagination. 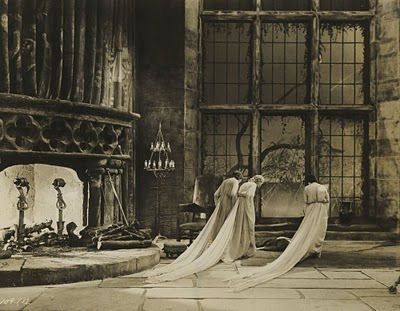 We also have many chokers, and with a Gothic Vampires theme.
Click here for 'Lucy Westenra' chokers.

Lucy Westenra was the most famous, beautiful victim of the vampire Count Dracula.
In the weeks before her death, she wore a choker around her neck to hide the bite marks from the Count.

Chokers of velvet, lace and beads, with a Victorian feel, are very popular in the Gothic mode. 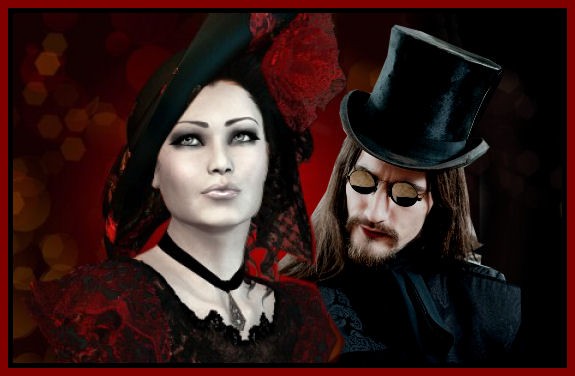