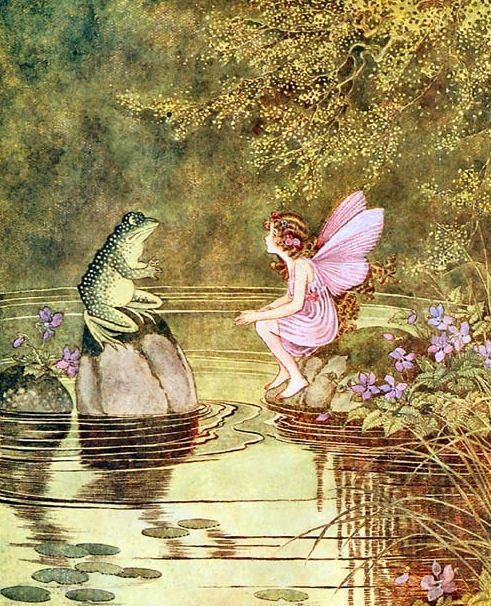 A fairy is a female mythological figure who possesses supernatural powers, which has its origins in Celtic mythology.
Fairies are usually depicted with wings.

The modern depiction of fairies in children's stories represent a "sanitized version" of a once serious and even sinister folkloric tradition. The fairies of the past were feared as dangerous and powerful beings who were sometimes friendly to people, but also could be cruel or malicious.

They are often found in the same fairy tales (the name says it all) as witches, goblins and Leprachauns (Irish elves).