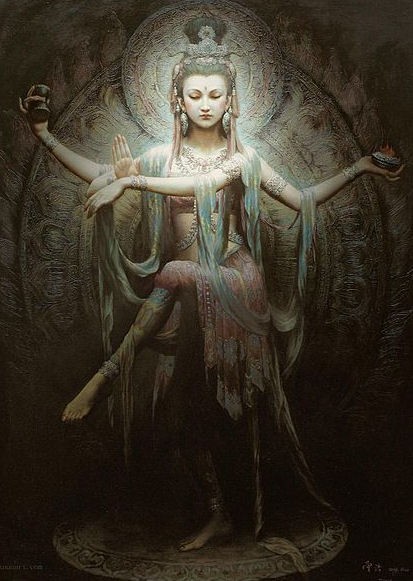 Quan Yin, Guanyin, Kwanyin, Guanshiyin or Guanyin Pusa is the Chinese interpretation of the Bodhisattva Avalokitesvara (the goddess of mercy and consolation). She is seen in Taoism as an immortal. She is also regarded as the goddess of compassion and the sea, and as the protector of little children and pregnant women. 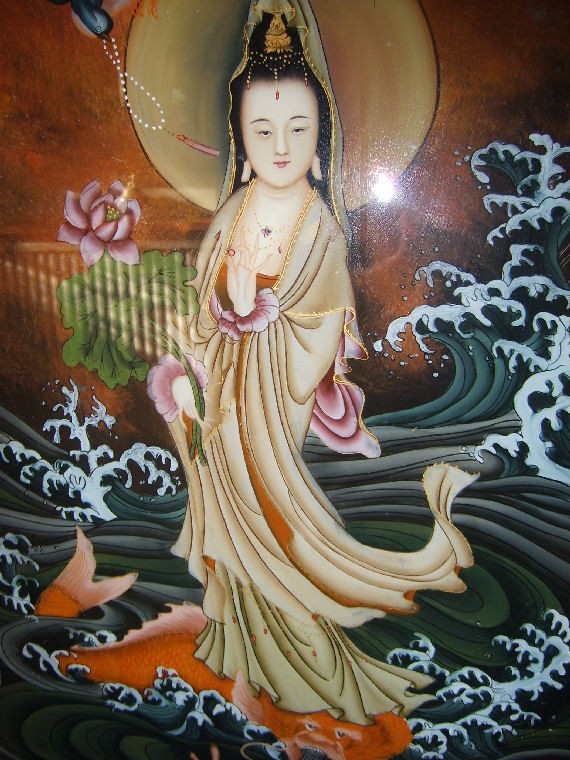 Guanyin in Chinese traditional religion, Taoism and Chinese Buddhism especially evoked in prayers at the time of danger, because according to the story Guanyin rescueing people in danger. The goddess was actually a god when he was was popular in China, but when images of him were made and always had a more feminine look, the god slowly changed to a goddess. In Korea and Japan, the statue of Guanyin was acquired and presented as a goddess.

Guanyin is often depicted in paintings with a baby in her arms. It therefore resembles a Buddhist variant of the Catholic Mary with the baby Jesus in her arms. Another common painting of her is that Guanyin is a vase in the hands, this vase includes saving water and cast her in the earth, causing people to be rescued from danger.

Guanyin is also present in the Chinese novel "Journey to the West", she plays the role of savior of Sun Wukong, a brutal and vicious monkey is changed by Guanyin in a peaceful ape. 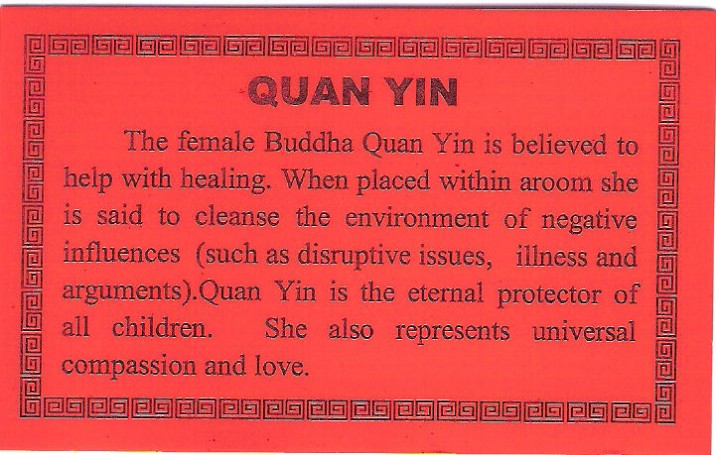