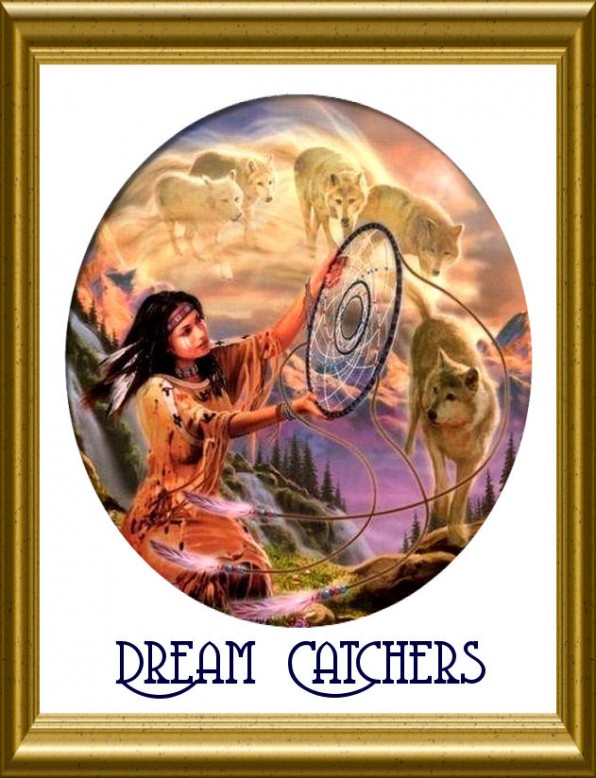 The dreamcatcher is a symbol art form that was used by American Indians.
It consists of a circular frame with an inside resembling a spider web.
The ring is decorated with leather, feathers and strings.

It is the idea that a dreamcatcher above the bed will catch the good from the dreams.
Every nightmare will disappear through the hole in the middle and the owner will be no longer suffer from them.

Hanging it over the head of a baby, will cause all evils (illness, bad dreams and evil spirits) catch in the web, and so protect the child.

There are different stories about the origin of the dreamcatcher and in all the stories the dream catcher is associated with the web of a spider.

Many dream catchers show images of a wolf.

One of the most misunderstood animals is the wolf.
He was seen by later immigrants as an aggressor, while these animals really very loving and social creatures. This side of the animal was first seen by the tribes of the Indians.

So they have incorporated the wolf into many of their myths and legends and also in their art.